The province of Cadiz is located in the south of the Iberian Peninsula and in the southwest of Andalusia, the southernmost peninsular region of Spain, separated by just 14 kilometres from the African continent by the Strait of Gibraltar. The history of the province of Cadiz is marked by the legacy of the diverse cultures that have passed through it: Phoenicians, Carthaginians, Romans, Arabs, etc.

Because of the characteristics of its different regions and the population distribution in large urban centres it is a unique province.

The University of Cadiz is strongly linked to the region where it carries out its activities. That is why it is structured into 4 campuses with a total of 64 degrees. 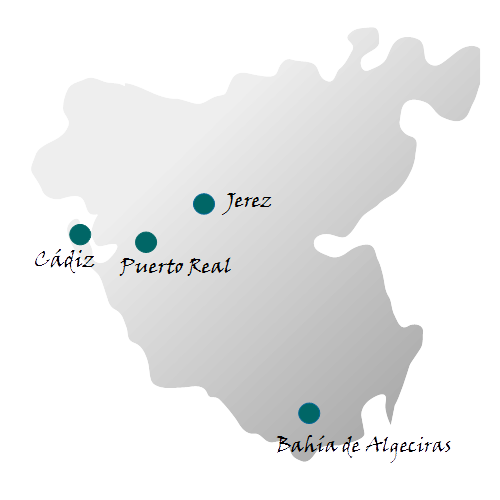 The Campuses that make it up are: